"The band sharing the bill with Sonic Youth at the Seaport Atrium in lower Manhattan tonight -- the headliners, actually -- will be the New York Art Quartet, a reconvened avant-garde jazz chamber ensemble.... This is no act of charity by Thurston Moore, Sonic Youth's founder and guitarist, and an ardent devotee of 60's free jazz. The show might be one of the Bell Atlantic Jazz Festival's hottest tickets even without Sonic Youth as the opening act, such is the anticipation about the reunion of...the New York Art Quartet.... With the passage of enough time, virtually anything can become a source of nostalgia, apparently including even another era's racial frictions and cutting-edge music. But a double bill of Sonic Youth and the New York Art Quartet has even greater contemporary relevance. It demonstrates the long-term influence of 60's free jazz on extreme forms of rock-and-roll, beginning with punk and no-wave in the late 70's, if not a decade earlier with the Stooges and the MC5 -- a curious phenomenon, given free improvisation's supposedly negligible impact on mainstream jazz.... Collective improvisation was a cherished ideal in early free jazz, but aside from greater parity between horn soloists and their rhythm sections, this was often just talk. For the New York Art Quartet, collective improvisation was a raison d'etre, the band's musical starting point." – Francis Davis/The New York Times 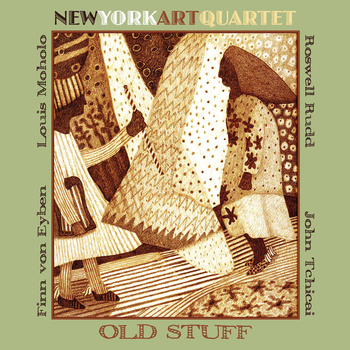