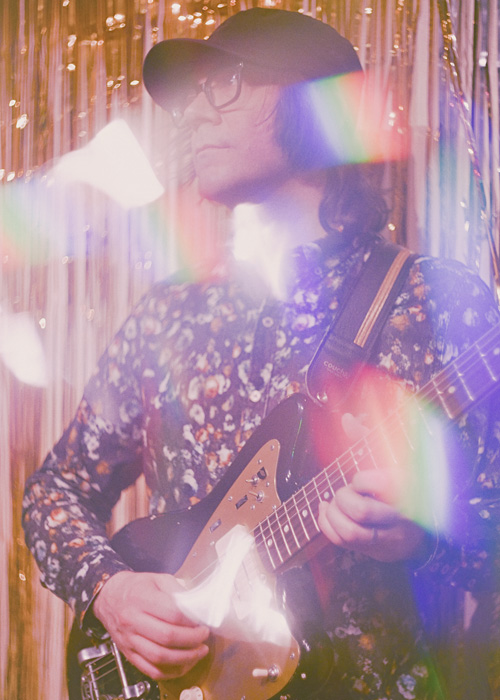 Cover art and high res images available below for download
“[Pocket Poem] is AAA+++
Best guitar album of the year so far; he did everything right.
I am super impressed.” – Henry Kaiser

"This is a fine album, lush, diverse and filled with texture--but notably grounded in musicality, structured as an album, and a continuous piece of content. It’s very good, and it sounds like the work of one highly skilled player whose muse is taking him to that special place where genre classifications have no meaning. You’ll like it if you hear it, so maybe you should."
– Rolling Stone

"So this is what all the fuss is about...Palo Colorado Dream (is)...an ear-opening display of his stunningly wide range of talents."
– All Music Guide

"One of jazz’s most reliable conduits to a living, breathing audience is electric-guitar heroism, and Anthony Pirog, from Washington, who has built great chops and technique while remaining fairly little known, seems poised to become a hero of the instrument."
– The New York Times

"A record that’s equally capable of enchanting you and pummeling you with many shades of aura in between, Palo Colorado Dream catapults Anthony Pirog into the corps of elite experimental guitarists."
– Something Else Reviews

"...the D.C.-based guitarist creates swirling sonic textures while also unleashing distortion-laced fussilades...incorporating personal six-string and electronic touches of his own on this provacative debut."
– DownBeat

Washington, D.C.'s jazz and experimental music scenes wouldn't be quite where they are today without Anthony Pirog. The guitarist, composer and loops magician is a quiet but ubiquitous force on stages around his hometown. With fearsome chops and a keen ear for odd beauty, Pirog has helped expand the possibilities of jazz, rock and experimentalism in a town long known for its straight-ahead tradition.

Anthony's roots as a guitarist are in the work of D.C. guitar heroes Danny Gatton and Roy Buchanan, and their virtuosic technique that blended all styles of popular music.

He has taken and built upon those roots, working in straight and experimental jazz, improvisation and electronics/looping, and he somehow takes these styles, all of which he has mastered and makes them all work together and also makes them all his own.